OLT members have been accustomed for many years to receiving a Fall Newsletter. We are transitioning, alternatively, to an Annual Report which communicates about our activities and accomplishments over the ENTIRE past year instead of just ¾ of it as the Fall newsletter did. An Annual Report is also the only published document that lists and recognizes our donors through year-end since this information is not required in OLT's IRS Form 990. OLT leadership has decided that, while there will be a delay in compiling information for an Annual Report each year until our Annual Audit is completed, this communication tool will serve our members better by providing a more complete financial picture that includes year-end numbers. We hope our members will appreciate the value of this change in focus from an annual printed newsletter to an Annual Report highlighting all that OLT has accomplished toward meeting its mission goals. Feel free to provide any provide any feedback to Executive Director Doug Bishop. 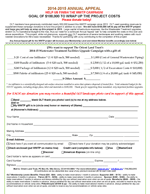 The annual audit for calendar year 2014 has been completed. OLT received a “clean” opinion and generally, an outstanding report, thanks to the year-long efforts of Scott McCumber and Doug Bishop.

The financial position of OLT improved significantly during the 2014 calendar year. Net Income from all sources in 2014 was $260,379 or $179,932 above budget projections. This improvement was the result both of a reduction in total expense, and an increase in revenues. The most significant factor in the revenue gain was the increase in Admission and Accommodation Fees of $118,666 beyond budget that resulted from increased visitation. $176,000 of the net income was transferred to the Winter Savings account to fund the slow season. Becau­­se expenses were held below expectations, not all of this Winter Savings account was used. In addition, OLT was able to fund the ranch bathhouse/ kitchen, and cabin restorations from net operating income.

Although OLT’s financial position has greatly improved, the battle to get it on a solid footing financially is far from over. Despite OLT having been able to fund over half the cost of the Waste Water Treatment Plant (WWTP) from operating surpluses over the past several years, the WWTP still has a $100,000 loan to be repaid. The Everson Ranch needs significant capital improvements to get it on a self-sustaining basis, refurbishment and possible upgrades of bathroom and kitchen facilities needs to be done, and badly depleted financial reserves for land conservation and capital improvements need to be replenished.  Realistically, it will take several years to regain a solid financial footing and to become debt free.  But, the results for 2014 are an excellent start.

Continue rebuilding reserve funds; test, and begin phasing in a program budgeting and reporting system that would run parallel to the financial reporting system; develop the capital budget and improvements plan with a long-term planning horizon

There sometimes is confusion about where various fees and donations are applied. Membership donations are dedicated to funding Land Conservation, agricultural and ranch activities. Admission and accommodation fees are used to fund other OLT programs such as Visitor Services at Valley View. 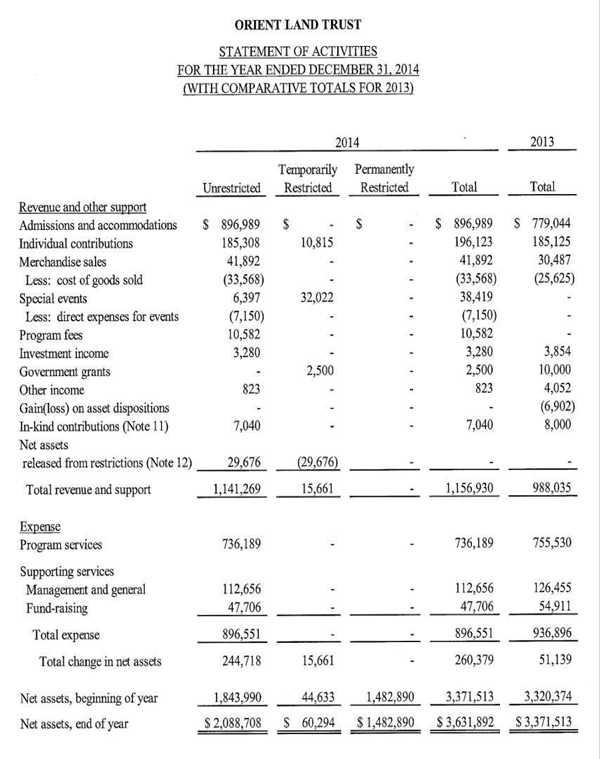 A NEW STRATEGIC PLAN was adopted by the OLT Board of Directors this summer 2014 with Objectives, Goals and Strategies outlined around 4 key areas: Visitor Space Protection and Management, Conservation and Preservation, Research and Education, and Staff Development and Community Relations. A summary of these key areas is below. Details can be found on OLT's website.

Notes from the Chair

I'm always happy to hear from you
- Geneva Mixon Board of Directors, Chairperson

Upon reflection of the past year 2014, I feel deep gratitude to the OLT team to find us on firm footing toward a bright and stable future. Doug Bishop brings continuity and strong leadership to the organization as Executive Director. We have completed our Strategic Plan, and are continuing to plan and lay the foundation for saving for expenditures and conservation opportunities. Through sound financial management and the commitment of staff we have begun to rebuild our financial base and pay back reserves. We have established an organized and comprehensive structure that will enable us to engage more of our members in the organization.

I am pleased that Doug Bishop is our new Executive Director. Doug has served for many years on the OLT board (most recently as Treasurer). He has lived in the Northern San Luis Valley for years and is a respected community member and educator. Doug brings his strong leadership and management skills to the helm of the OLT. He has done a fantastic job leading staff through the busy summer season at Valley View.

With much help from the board and volunteers OLT successfully completed our Strategic Plan early in 2014. A Strategic Plan is a planning document that many non- profit organizations use to define the strategies they will employ for making decisions and allocating resources. It is our guiding document that outlines our organization's focus for the next 2 to 5 years. The Strategic Plan is only the beginning. OLT will continue to work on planning so we can take advantage of opportunities wisely and make steady progress towards our goals.

The OLT Board of Directors recently established a comprehensive committee structure that contains core committees that will help distribute the work of the organization. Of course, we will occasionally add task force groups (also known as subcommittees) to continue making progress on important matters. Ideally, volunteers and engaged citizens will find opportunities on these committees to pitch in and offer their skills and assistance in key areas like External Affairs (fundraising and marketing), Governance, etc.

It is an honor to serve as Board Chair of the Orient Land Trust. I am continually motivated by the breadth and depth of conservation and environmental education opportunities that abound here. I am also deeply grateful to the OLT community (our founders, volunteers, staff, and members) for their trust and hard work in making the OLT such an amazing place and organization.

Summer is here! It's been great seeing friends old and new during the warm months we all enjoy. Some of the highlights from last summer include: a visit from representatives of The Nature Conservancy and their annual monitoring, the first weekend in August was the Crestone Music Festival complete with diverse and wonderful music, and the second weekend in August was the Membership Appreciation Weekend. Both bands were great and there was good attendance and some excellent dancing. We're getting ready for the celebration this year in about a month.

In late August, Kirk Navo was here with some biology students to gather data on the bat population. They netted about 50 bats, swabbed for fungi cultures, and gathered more data on the colony of bats up at the old mine. You can see a video that was taped while they were here on the OLT web site.

In December we nailed down a hardwood floor in the Welcome Center and rearranged the furniture. Some efforts were devoted to Oak House, the Sunset Rooms, and the cabins. We think they look more inviting. Many thanks to the hard work of staff and volunteers! 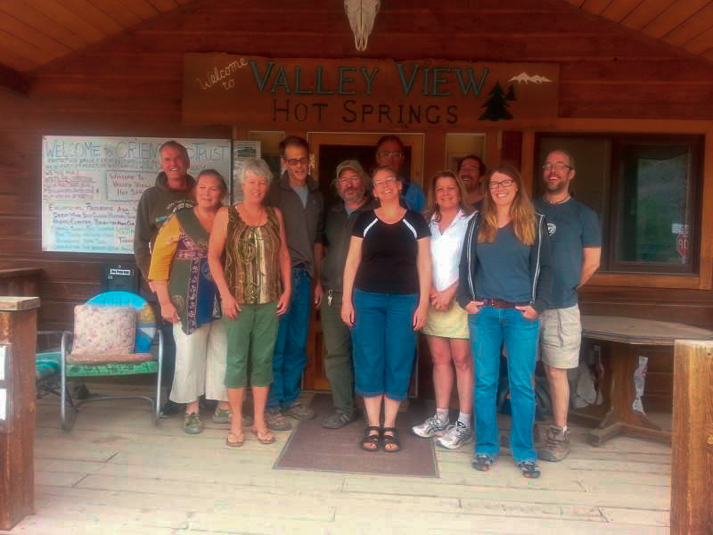 Whether you have a few hours during your planned visit, or a full day to help out, please consider a donation of your time. 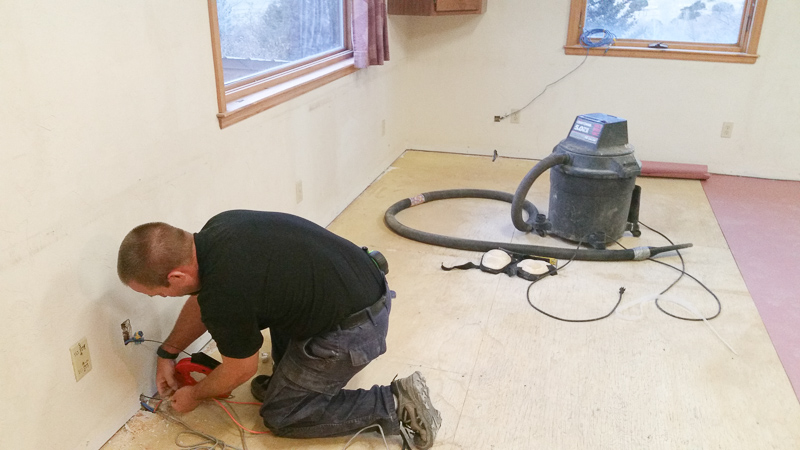 Many Camp Hosts, Discovery Hosts, Astronomy Hosts, and Bat Hosts are needed each year to keep OLT/VVHS running smoothly. Most of these positions require a minimum one-month commitment.

If you only have a week or two that you can commit to volunteer, then we've got several other opportunities that might work for you. Ranch Hands, Facility Maintenance, Construction Helpers and special projects volunteers are also needed.

Short-term (one day) volunteer opportunities include newsletter and fundraiser mailings, outdoor projects such as weed mitigation and other small projects.

The first step to volunteering at OLT/Valley View Hot Springs is to fill out a Volunteer Candidate Application and drop it off at the front desk. This is the best way to help us learn of your skills and interests. Just stop by the Welcome Center for more information. You can also download the volunteer application at our website www.olt.org and mail it to the address below.

As always, thanks for your interest in volunteering at Orient Land Trust/Valley View Hot Springs. You'll be helping the small-in-number, but big-in-heart staff at OLT works toward preserving the northern San Luis Valley's unique resources and open space. 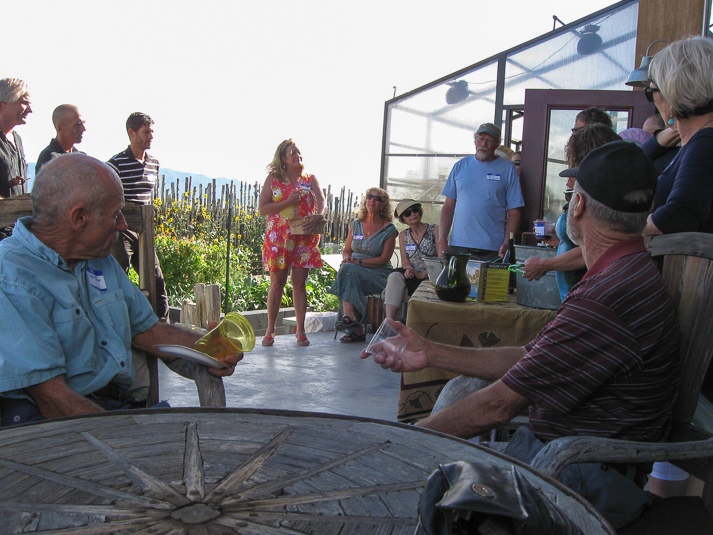 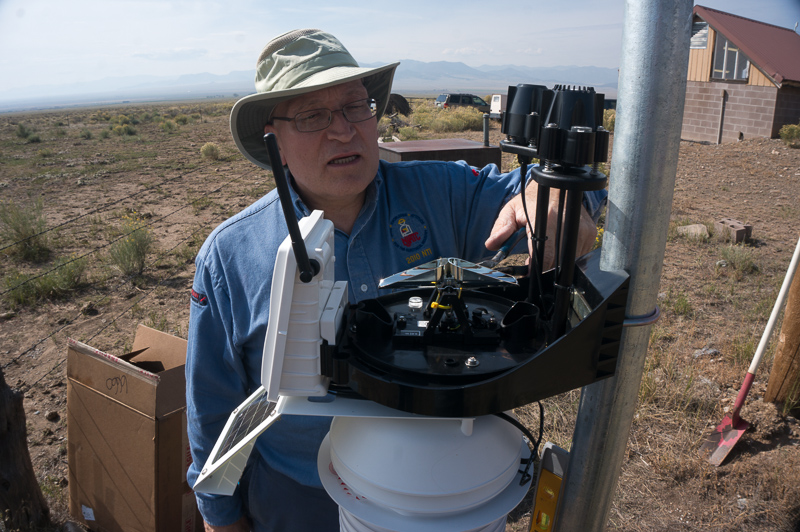 How 'bout that Weather? (read more) 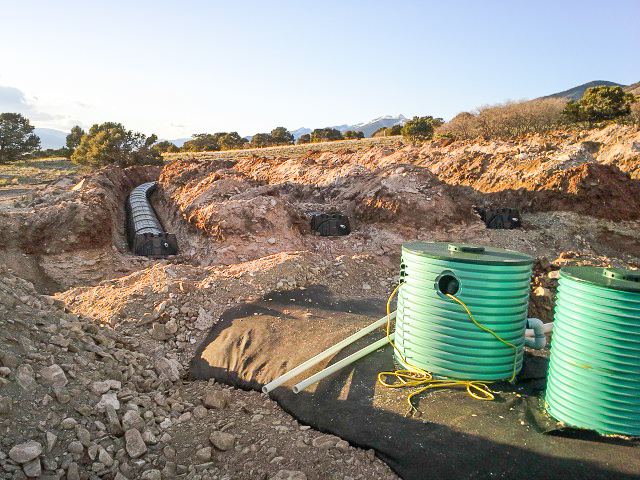 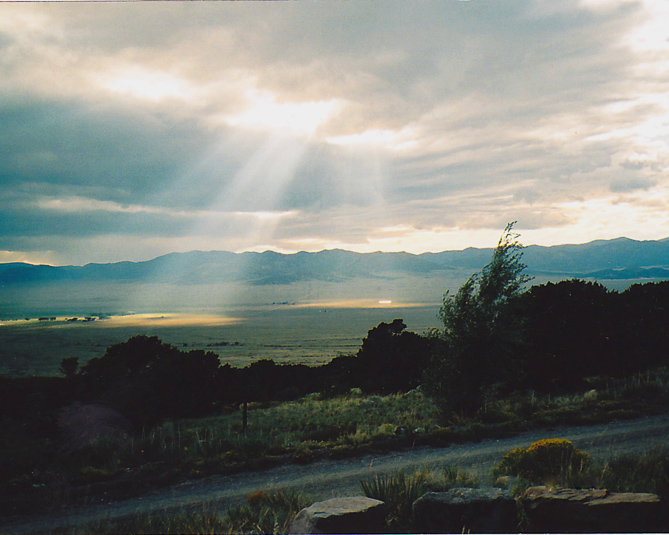 Artwork by OLT Board Members Martin Jolley and photographer John Lorenz, along with 12 other Salida artists, were featured at The Fritz Restaurant and Wood's Distillery on October 4th and throughout the month.  About 75 people attended the opening reception for this first ever OLT art sale event from which 30 % of sales benefited OLT's  WWTP campaign.  Several more art events were planned for 2015 based on the success of this one. 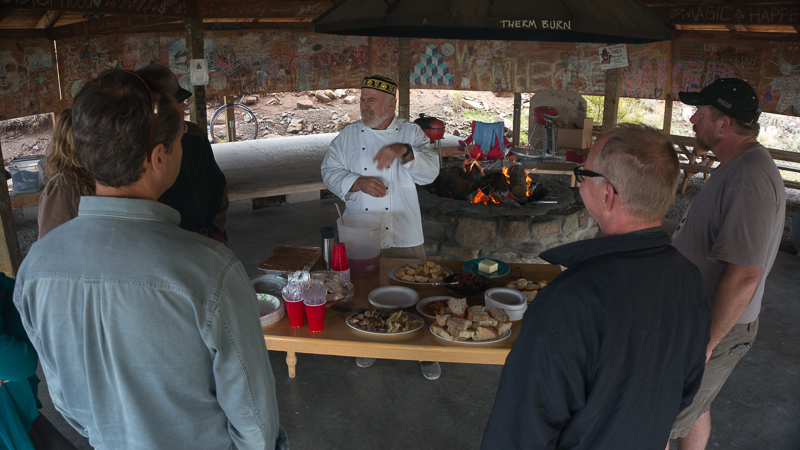 OLT started hosted benefit Cooking Classes with OLT member and Master Chef, Scott Sharot, in the OLT pavilion at Valley View on Saturday Oct 11th. For a cost of $25 the cooking class proceeds benefited OLT's new Waste Water Treatment Plant upgrades. Chef Sharot led participants in a cooking demo of several delicious lunch dishes which were sampled and recipes given, along with time and health-saving savory cooking tips. OLT hopes to offer other Cooking Classes with Chef Sharot along the Front Range and in Albuquerque in the future.

After creating an on-line profile, OLT participated for the first time in an on-line state-wide fundraising initiative called CO GIVES DAY on December 9 with great results.  Ninety people donated to OLT through Colorado Gives Day on or before December 9th, raising $12,500 IN ONE DAY.   A total of $26,200,000 was raised from 1677 participating non-profits across the state with gifts ranging from $10 - $300,000.  OLT's $12,500 total was proportionally matched by the Community First Foundation's/ First Bank's unprecedented $1,000,000 incentive fund to which the CO Health Foundation added $150,000 on Dec 4 th.  OLT's proportional match totaled $549, bringing OLT's grand giving total to $13,049!  After a small credit card processing/ admin fee, our final total was $12,799.  This was a wonderful first year for our Colorado Gives Day participation – thanks to all our members and friends who contributed to OLT through Colorado Gives.

GIFTS IN HONOR OR MEMORY OF: Laurie B. Loshaek by Chris Martin/ Elizabeth Truglio; Kelly Kindig by Vicki Coulter and Nick Hazen; Alexandra Svoboda by Bill. 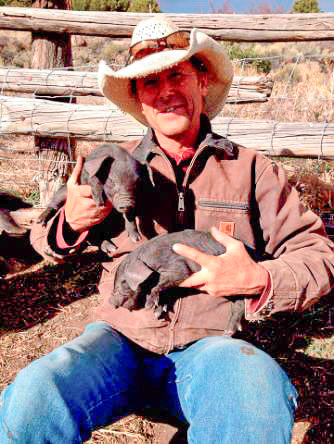