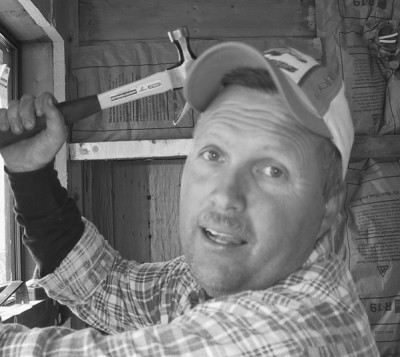 Our good friend and neighbor, Rick Williams died in mid December. He worked for OLT for more than ten years. Many of you will remember his big smile and friendly welcome. His daughter, Jamie, sent the following remembrance:

Born in Hot Springs, Arkansas on July 15, 1959 to Priscilla Rae and Stanley Williams and raised by his mother and stepfather, Carl Rae. Ricky grew up alongside seven siblings Eddie, Cindy, Bart, David, Greg, Pam and Matt.

He was a loving husband and companion to Cherrye for 29 years with whom he helped raise their three children. As a father he was wonderfully devoted to his three children Jamie, Brandie and Richie.

Papaw was a loving grandfather to his six grandchildren Declan, Talyn, Jaelyne, Peyton, Shane and Jordy.

Ricky was a driven and hard-working man with numerous talents and trades. When his family was young and living in Mt. Ida, Arkansas he held many titles including electrician at Summitts, a janitor at a local shoe factory and a night time security guard at Mountain Harbor. He eventually quit his job as a security guard and started his own cleaning business. His children will never forget the late nights helping him with his jobs which instilled his hard-working mentality into each of them.

In 2001 he fulfilled one of his dreams of living on a ranch in Colorado. He packed up his home in Arkansas and moved to Moffat, CO where he raised his family and continued creating new friendships. He worked for the Orient Land Trust as a maintenance worker and went to school to be a horse farrier which later became his full-time job.

Rick enjoyed coaching his son Richie in football and basketball through all his years of school and continued coaching many years after his children were grown. You could always count on him to be there and support all of his kids' endeavors from Jamie's basketball games to Brandie's football games. He had a passion for coaching and teaching where he touched many hearts.

Papaw was most proud of his grandchildren and they could always count on him to teach them the good from the bad. The kids always thought they were in another world when they were with their Papaw. He afforded them the freedom to explore wherever their hearts desired while still teaching them valuable lessons along the way.

Rick always had a smile on his face no matter what the situation was. He was always forgiving and never judgmental. Always supportive and known for making people laugh. He was always talking to people and making friends wherever he went, he was a man of many "best friends."
Whether it was riding his horses or his Harley he would always have a story to tell about his journey. He will be missed by many, but his spirit and passion will live on through the teaching and coaching he provided to his children, grandchildren, and all others that had the opportunity to learn from him.

Mamaw said it best, you do have the best "home" out of any of us. Fly high and go wherever the road takes you because there are no limits where you are now.

Last modified on Monday, 07 January 2019 18:35
Tweet
More in this category: « Flowers, Pumpkins and Corn Winter at Valley View Hot Springs! »
back to top