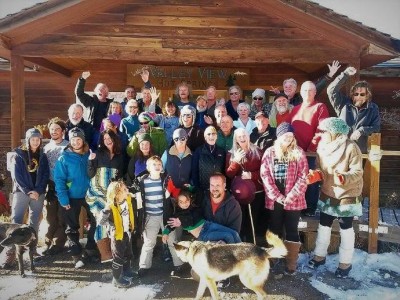 We've streamlined our presentation of the Annual Report for 2016 and included links to the full Audit Report with graphs and the IRS Form 990 for the first time  This provides the most detailed information about OLT's financial health and well being for 2016.  We have been sending regular monthly email newsletter updates (archived on the website) which include information and highlights that used to be in the annual report.  This website presentation takes the place of the printed and mailed format that we have used in the past, which saves considerable costs while allowing us to provide more information.  If you prefer printed copies of this material, we can provide that at your request.  If you would like to provide an additional donation of support to OLT (or renew your membership) please use the links to the donation form below, call us, or use the online donation form. Feel free to provide any feedback to Executive Director Doug Bishop. Thank you.

First, I want to thank the board for the opportunity to serve the organization that I have enjoyed so much for many years. I started coming to Valley View in the early eighties so I have seen many positive changes since then. I also hold a great deal of admiration for my predecessor, Myron Hulen, who spent a great deal of time with me trying to insure that I understood the duties and expectations of the position. I must say that I am still learning and am fascinated with the cohesiveness of a board made up of individuals who possess a very diverse and yet complementary set of skills and knowledge. I am still learning so I appreciate everyone’s continued understanding and support.

Moving on to business, the board was pleased to receive the final 2016 audit report from Taylor, Roth and Company in early May. 2016 was another banner year for OLT resulting in a total increase in net assets of $246,828. Total Revenue increased by $148.042 to $1,447,031 from $1,298,989 in 2015 while expenditures increased by $144,386 to $1,200,203 compared to $1,055,817 in 2015.. Management and the board continue on the path of prudent stewardship of the assets and fiscal responsibility in decisions relative to spending and capital improvements. 2016 actually saw a decrease in the cost of labor and manpower. All of the hard work of the volunteers are certainly a contributing factor. I would conclude that the Executive Director and his team continue to define and redefine the efficient utilization of resources in order to achieve the most “bang for the buck” and at the same time not jeopardizing the quality of the workplace. Expenditures for repairs and maintenance more than doubled as efforts to improve the overall quality of the various facilities continues to be one of the major goals of company management. Perhaps one of the most exciting decisions made by the board was entering into a major contract to replace the current database system with a new state of the art web application. Because of the success experience by OLT during the last several years, this size of commitment was made possible without creating any significant financial hardship or risk to the organization. Once in place, management and the board believe that this new application will create opportunities and efficiencies beyond those that were obvious at the time of the decision. During 2016, $83,338 of the increase in expenditures over 2015 was expended on consultants in order to be as sure as possible that the vendor and chosen applications were the best available and most appropriate for OLT.

The organization continues to face challenges relative to capacity, possible expansion and continued development of programs and new possible revenue sources. The 2017 budget reflects continued efforts to improve and maintain the quality of the facilities as well as insuring that OLT remains a very good employer to the talented people who work here. Different ideas continue to be considered relative to the Everson ranch as we attempt to move it toward self sustainability. Certainly our challenges are not diminishing but because of the hard work of the board and management during the last several years, it appears that steady growth and improvements in efficiency will provide a somewhat steady flow of resources in order to achieve the goals outlined in OLT’s mission statement. 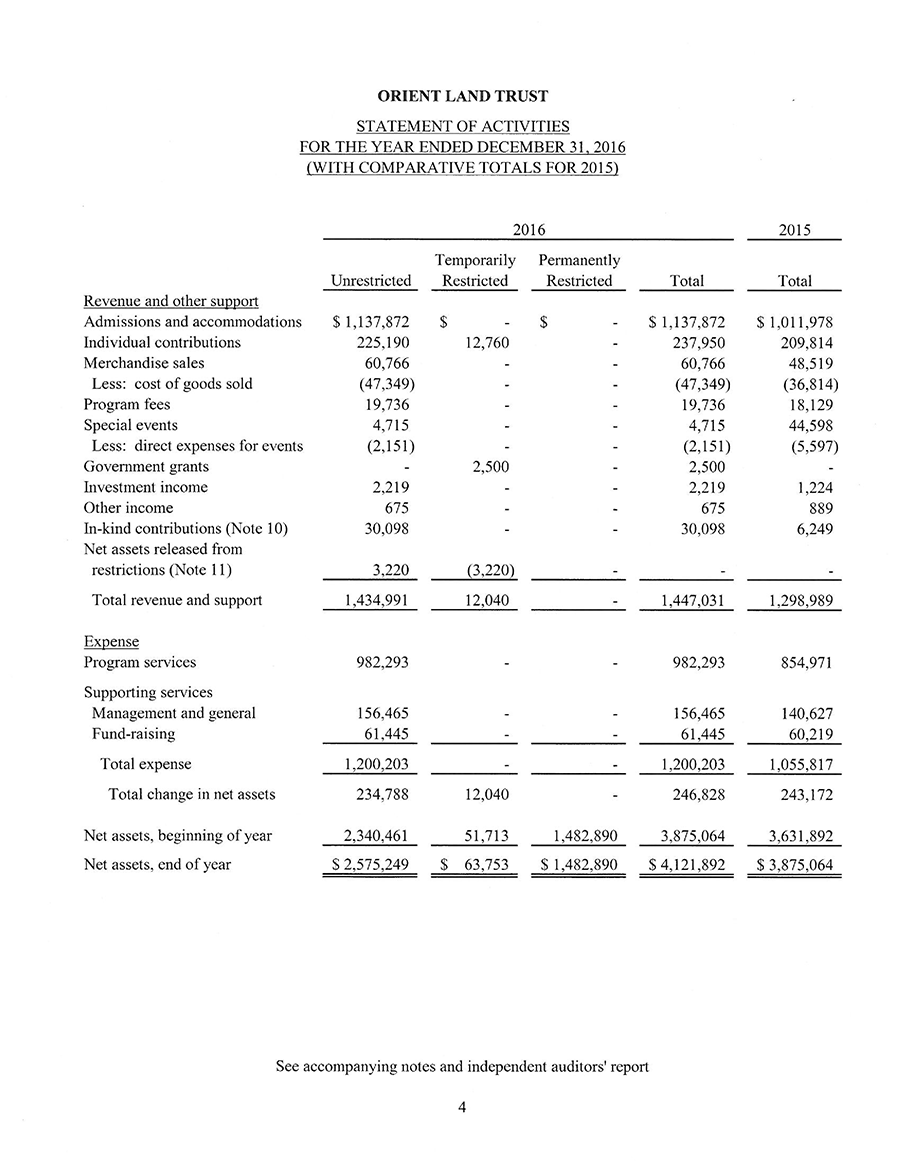 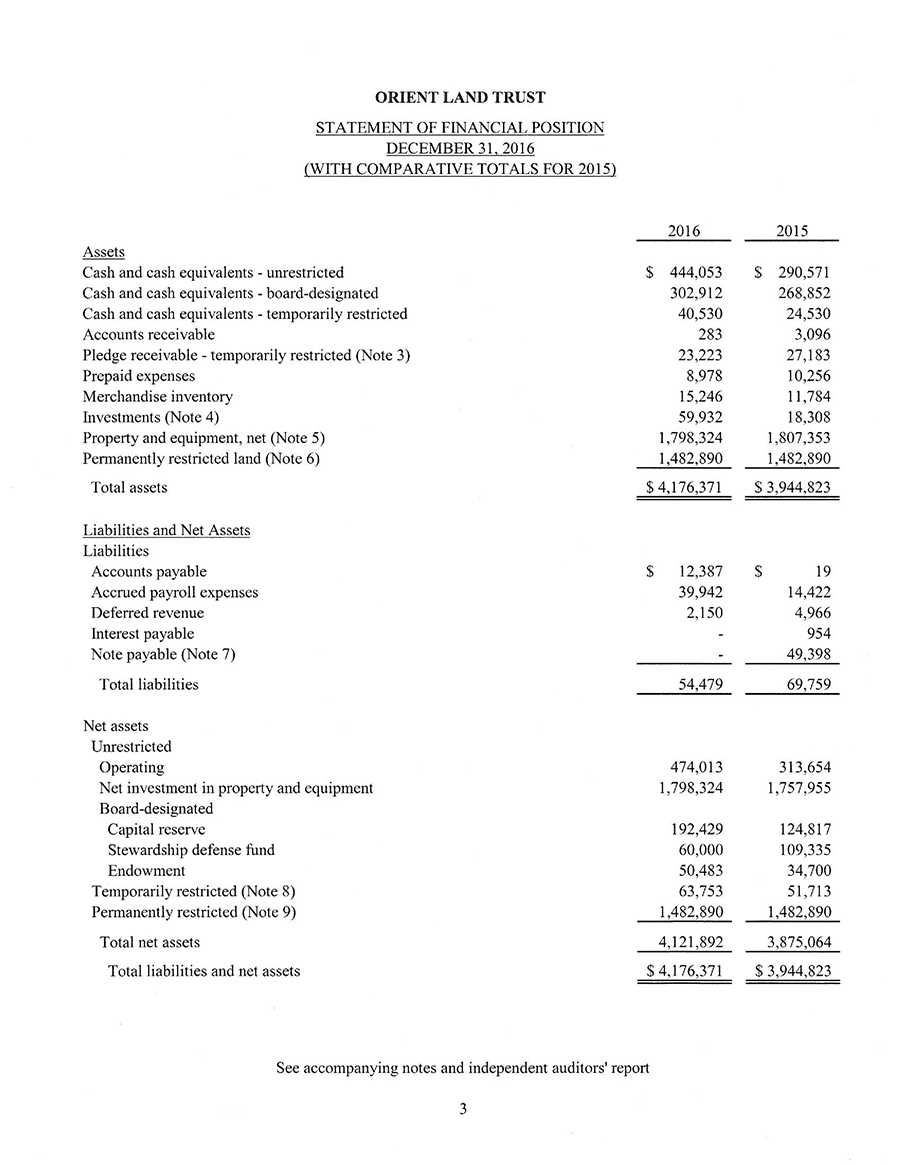 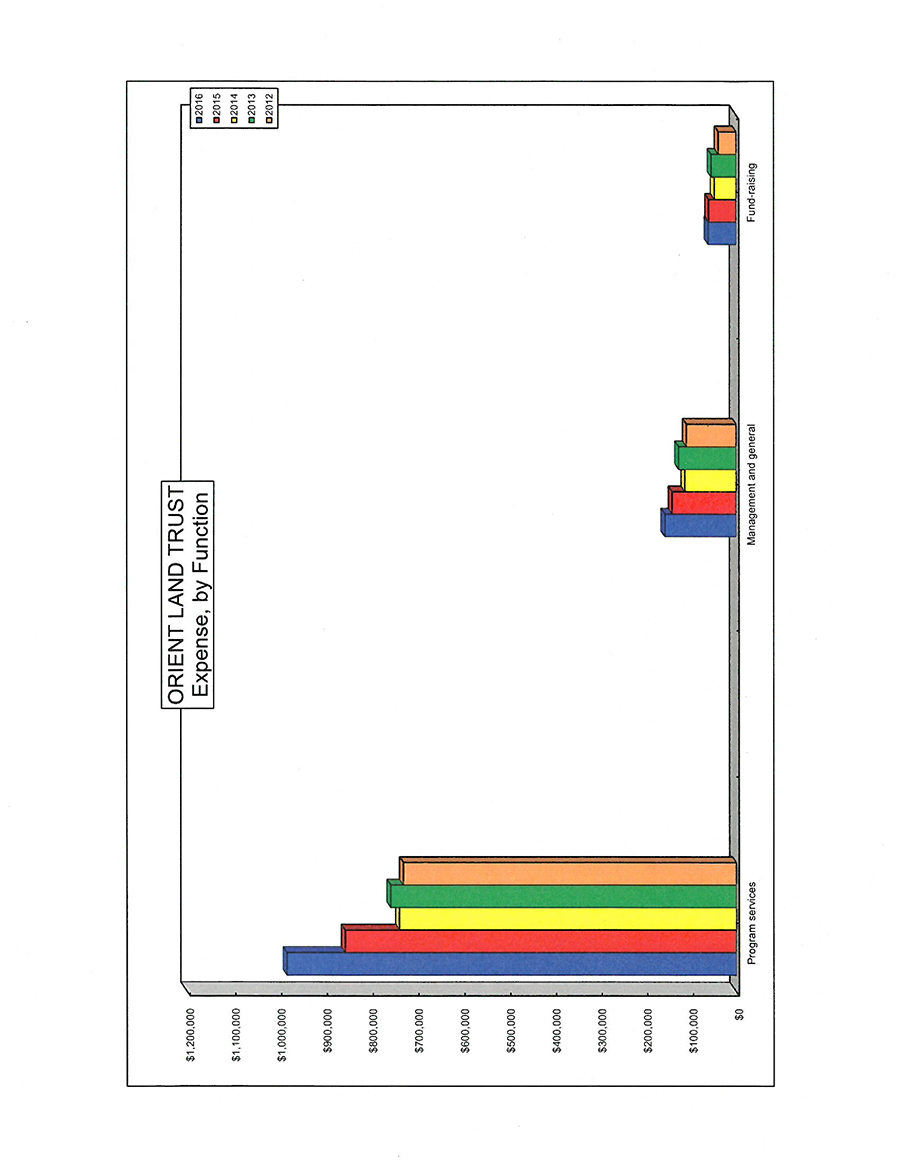 Notes from the board Chair

As another year has come and gone, I continue to be humbly grateful to have been able to serve on the OLT Board as both Member and Chair.  July of 2016 saw the induction of three new board members, Aleia Schaum, Roger Courtemanche and Patrick Comiskey, all of whom have been welcome and hardworking members of our organization.  Patrick has taken over the key position of Treasurer from retiring Treasurer, Myron Hulen, who continues to be active as committee member in both the Governance and Internal Affairs Committees.

Throughout 2016, improvements at Everson Ranch have taken big steps forward, including the completion of a bath house that’s been years in the making.  Though less obvious to users, infrastructure improvements at Valley View Hot Springs have been upgraded to maximize efficiency of our hydroelectric system and take advantage of the benefits of our warm water to keep our indoor spaces comfortable.

As our treasurer has detailed in his report, OLT is continuing to see a steady increase in income while overall expenses have decreased.  Anyone who has been a regular visitor to Valley View has probably noticed that the popularity of the hot springs continues to increase.  This is both good for the organization as a whole as well as a challenge for those who in the past had become accustomed to making spur-of-the-moment plans to visit OLT and who now are often faced with day or overnight quotas that are full, often days or even weeks in advance!

The continued popularity of Valley View along with the reality of the necessary quota system also brings to light the eventual practical limit of income to OLT via the normal revenue stream of the hot springs.  Moreover, the philosophy of sustainability has trumped the typical nonprofit goal of unbridled growth.  As unique an organization as OLT is, I consider the former philosophy as fully in alignment with a more pragmatic, grounded vision.

Many thanks to everybody for everything that went toward making 2016 another good year. Members for all their support and reinforcing the community values throughout the year. Volunteers for the hours and labor devoted to smooth functioning and timely assistance. Thank you to the board for their thoughtfulness and attention during the long board meetings and the preparation they bring to carefully consider all the issues that are discussed and the decisions that need to be made. Guests and visitors for helping keep things tidy and neat. Staff for working so diligently to get things done and helping people get what they need quickly and cheerfully. To all, Thank You!

The year 2016 will be remembered fondly for being a year we didn’t have a big project going. The new database project took shape and we had some help shoring up the old database to keep it functioning well. The wastewater treatment plant continued to serve us well with no problems. We were able to pick up the reins on some projects that had been delayed. Concrete was poured for the astronomy pad, the Welcome Center got a new, window-in-the-door, commercial grade refrigerator, the alternator for the hydroelectric was replaced before it failed (what an idea), and other little details in trail and road maintenance got attention. We did have a failed drinking water test for the first time in eight years, which has evolved into the Colorado Department of Public Health and Safety requiring OLT to install disinfection for the public served drinking water system. We didn’t have to do that in 2016 but it will be a project for 2017

Attendance was up during the winter, spring, and fall. We still reached capacity all summer and we continue to hold firm to our capacity limits. The lesson here, as always, is to call ahead. We embrace our ability to share the hot springs with as many people as practical. Guests come for relaxation and recreation. The number of day and overnight visitors remains the same. People enthusiastically respond positively to the opportunity to be clothes free while soaking, hiking, and living.

Best year ever!  We had many experienced and devoted volunteers return along with some exceptional new people joining the program.  113 volunteers donated a total of 8,038 man hours, which is the equivalent of four full time employees!  This was an increase in over 2,800 hours from 2015.  Spirits were high and the connection between staff and volunteers was great.  OLT hosted the second Volunteer Appreciation Weekend on December 2nd & 3rd which was attended by 41 volunteers.  A great weekend was had by all and we hope to make this an Annual Event!  2017 is the first time we have winter camp hosts; David & Jacque Purmort and Michael Fulcher who live locally and are helping with nightly rounds, providing campfires on weekends, along with keeping pool decks neat and clean.  Many of our volunteers expressed sincere gratitude at being a part of the OLT Family and will be returning for 2017. 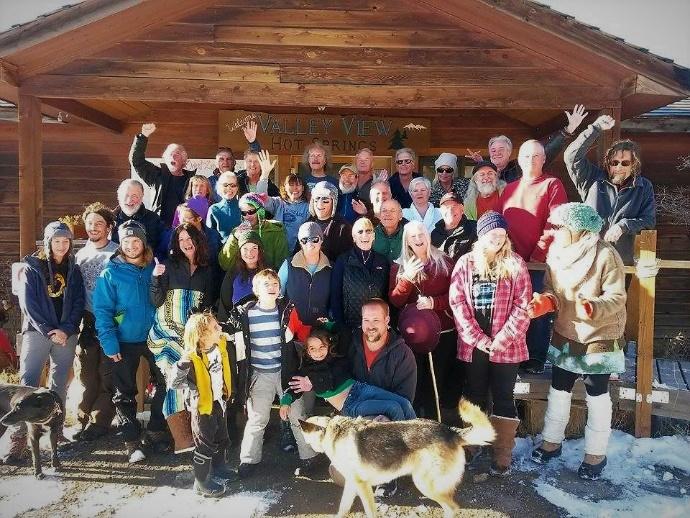 Volunteer Hours by Category for 2016

We gave 317 Educational Tours to 3,760 kids, adults and seniors!  Astronomy and Bat Tours were offered daily throughout the summer and Geology, Hydro Electric and Ranch Tours were offered weekly or upon request. Additional workshops in botany, weather, horsemanship and a bird workshop were offered at our Science Camp.  Many guests took advantage of our programs in 2016! This was the first year that tracking of all programs was done.

(We are only listing those that have given us permission to acknowledge them publicly.)