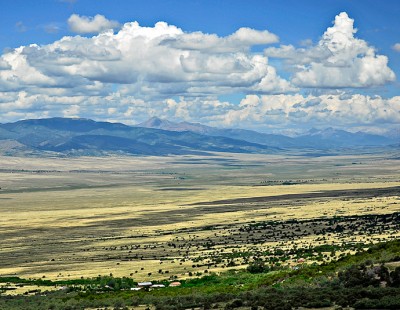 At the April board meeting, Wall, Smith, Bateman Inc., the new auditors presented their report and reviewed the audited statements with the board. Previously, Doug Bishop-OLT Executive Director, Scott McCumber-OLT Bookkeeper and I participated in a conference call with the auditors to review the preliminary draft.  The audit opinion was unqualified indicating that there were no material issues relative to generally accepted accounting principles. Net assets of Orient Land Trust increased by $142,192 for 2018. The increase in 2018 was $135,807 less than the previous year due to the fact that total increased expenses outweighed the increase in revenues. Comparing to 2017 results, total revenues were up by $30,266 while total expenses increased by $166,073. Employee expenses increased by $71,905. Other notable expense categories with increases over 2017 include supplies, consulting, accounting/auditing, utilities, repairs and vehicle expenses.

From this treasurer’s viewpoint, consultations with our former auditors have resulted in some exciting changes in the format of the accounting reports that the board receives monthly. It’s my belief that the changes being made will assist the board as well as the public in having a clearer picture of the activities of the organization.

Another exciting development was the creation of a board designated fund exclusively for land acquisition. While the manner of funding still needs to be determined, this aspect of land conservation, that is acquisition, becomes more of a focal point for Orient Land Trust and perhaps will result in additional donations from organizations and individuals who believe that acquiring and controlling property should be more of a focus for the organization.

Looking forward, I believe that 2019 will continue to present challenges for the board and company management. General upward pressure on staff expenses, utilities,  and maintenance coupled with the continuing challenges as the new visitor management application (handling reservations, memberships and sales) project develops will require vigilance and care in order to assure the continuing growth and success of Orient Land Trust.

Notes from the Board Chair

2018 saw record attendance and record income on several fronts.  Much of this was the result of mild winter weather that drew more visitors to the hot springs during what is historically viewed as the slow season, though continued increased visitation has redefined the definition of “slow” at OLT.

In mid-year, the addition of a new board-approved parking area across from the Welcome Center has significantly helped congestion near the Welcome Center and in front of Spruce Cabin. Staff, volunteers and the occasional visitor have graciously taken to parking at the new lot. Though the lot is not that big, every vehicle parked there is one fewer vehicle parked somewhere else!

Due in large part to the increase in visitation, one priority that became unexpectedly urgent was the need for a new septic system for the Welcome Center.  OLT management quickly acted on that need to present the issue to the board and began working on resources for a suitable solution.

If there was one project that continued to be a challenge, it was the ongoing struggle to complete work on the new reservation system known as the Visitor Management Application, or VMA, designed by OLT’s contracted software developer in early 2017.  That system was originally slated to be completed by end-of-year and functional by the beginning of 2018, but still was handicapped by enough bugs and missing functionality that the decision was made to hold off on its implementation until proven to be more reliable and complete.  Happily, the original reservation system that was updated to comply with current operating systems by its initial programmer, Chris Miller, has proven to be robust enough to keep the reservation application running reasonably well.

Throughout all the achievements as well as the challenges, our ED, management and staff have continued to work together effectively to carry on the unique and very special OLT energy that makes the organization so special.

We can repeat it frequently and universally yet it can not be said enough: Thank You! Our gratitude goes out to the guests that make this place special, safe, and friendly. Thanks to the volunteers that tend to so many important details: from parking issues, to special messages, to finding people for whom there is an important message, and for being the friendly, helpful crew on which we rely. The board of directors has been involved and attentive. Having thoughtful people commit so much of their time to see OLT thrive makes slogging through the reports and details more pleasurable.

We started work on the new Visitor Management Software (Reservations, Admissions, and Members) in early 2017. We worked all year and did not finish. We have been testing what we did get done and looking at several potential ways to go.  We are reviewing the additional cost likely to be incurred with finishing the project and that projected cost estimate will affect our decision. Another option would be to update our heritage system. A third possibility is to look for off the shelf software that would give us the functionality we require.

We are examining our options carefully. We will keep you posted. Progress is being made! Technological improvements may be a jarring concept for those who cherish memories of Nature - the trees, birds, grass, pools and the mountains. The project, when completed, will keep the office more organized so that the process of becoming a member, checking in, and making reservations remains quick and easy.

Last year was a good year for soaking in the pools. The weather was warm and there were very few rain storms. The fire danger was high and we had to resort to a propane firepan in the Pavilion yet dry weather made for good camping and soaking. Again, many thanks to all for another good year.

Hydroelectric Maintenance: The 12-inch valve at the Hydroelectric Collection Box failed. Luckily, it failed in the closed position so we were able to function. The problem caused by the failure was that we were unable to clean out the collection box on our normal weekly schedule. After receiving the new valve, the connecting pipe, and the flanges that were needed to connect the valve, we took a few days to complete the installation. It took two attempts as we first used a piece of used pipe that was just slightly the wrong diameter. The collection box went a few months without the normal flush and clean maintenance but it did not cause any problem.

This year showed an increase in day and overnight admission passes, adult and child visitation at the hot springs.  If we added in non-registered guests who came for the bat hike or hot springs tours, we would be well over 40,000 yearly visitations. Our staff did a great job handling all aspects of guest visitation.

That is an increase in 40 volunteers and 1,851 hours or 18% increase.  (2017 totals: 128 volunteers donated 8,275.25 person-hours)  This was due in part to an increase in ranch volunteers who helped with the expanded garden, ranch facilities and camp host and tour guides.OLT hosted the fourth annual Volunteer Appreciation Weekend on December 7 & 8.  Forty-five volunteers attended the party, one person driving from North Carolina and one from Washington DC!  We had a great potluck at the pavilion and enjoyed two days of soaking and comradery. Many of our volunteers expressed sincere appreciation at being a part of the OLT Family and have already committed to returning for 2019. So much gratitude goes to these devoted volunteers who help us to keep this exceptional place running smoothly! 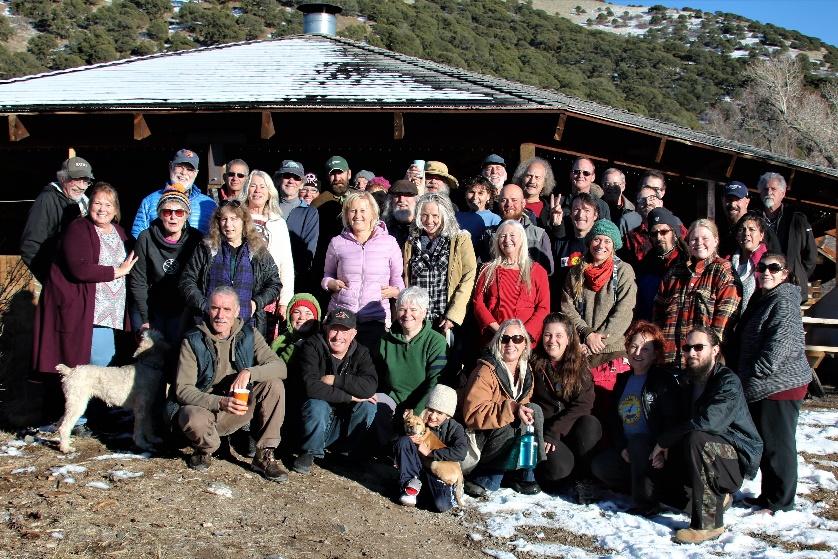 Astronomy, Bat and Everson Ranch tours were offered daily throughout the summer and Hydro-Electric System Tours were offered weekly or upon request. Geology tours were offered for science camp and upon request.  2017 was the first year we kept track of hot springs tours which consist of a staff or volunteer walking guests around the hot springs and telling them about our mission, community, membership, educational programs and culture.  The tallies show lower numbers in Hot Springs and Hydro tours for 2018 but I believe that it was due to poor recording. I am presenting accurate numbers as recorded but think both were higher, just not documented.

In 2018 we held two weeks of Science Camp for 50 kids.  OLT’s program continues to grow, offering new workshops and educational experiences.  Science camp workshops are led by OLT staff and volunteers and was sponsored by a Saguache County Sales Tax Grant of $3,250.

1) Conejos Clean Water Adventure Program: July 24 through the 27.  Twenty kids ages 9 through 13 along with 5 adult counselors camped at the ranch.  Their group included 8 kids from the Alamosa Boys and Girls Club. They have committed to returning in 2019.

2) Kids Science Camp 2018 was held July 29 through August 2. We had a full registration of 30; ages six through 12, along with a waitlist of 20.  Another successful year with overwhelming positive experiences.

Science Camps 2019 is scheduled for July 22 – 25 for CCW and July 28 – August 1 for our regular camp.  I currently have 77 kids on the list for advanced registration. I will be turning in the final grant report into Saguache County for 2018 mid-January along with a new grant for 2019.  I will be writing the new grant request for $3,500 for both camps.

The Astronomy Program saw the greatest increase of guest visitation with an additional one thousand guests looking through the new scope and attending star tours!  Mark Cunningham trained and signed off on an additional five volunteers who can now lead tours.

OLT’s lead astronomer, Mark Cunningham has recently received the prestigious award of Solar System Ambassador by NASA’s Planetary Science Division.  “The Solar System Ambassadors program is a public engagement effort that works with motivated volunteers across the nation to communicate the science and excitement of NASA's space exploration missions and discoveries to the people in their communities.”  Through this program, NASA is encouraging volunteers like Mark, to do exactly what he does at OLT; share his knowledge, excitement and passion for Astronomy! We are all very proud of Mark and his accomplishments and grateful for his leadership in the OLT Astronomy Program.   Mark has submitted his volunteer photo in OLT t-shirt with our telescope as his “official NASA” photo.

(We are only listing those members that have given us permission to acknowledge them publicly.)